Having mythological and mysterious creatures leave their original uninhabitable homes to occupy The Burgue. However, due to severe racial discrimination revolving around the society, more and more challenges are bringing the peaceful life down.

The creatures who now struggle to live peacefully with their oppressors in The Burgue. Let me introduce you to the fantasy drama series, Carnival Row. Created by Travis Beacham and Rene Echevarria. Since Carnival Row is returning with a new season, here’s everything we know about it.

It’s already been more than a year ever since the first season of Carnival Row premiered. August 30th of 2019 on Amazon Prime Video. Season 1 is made up of eight episodes with each episode running down with 50-70 minutes each. Having introduced new, creative and interesting ideas, the audiences accepted and opened their hearts to the tv series. What’s more is, it tackles mythology which garnered a couple of viewers with a good outlook when it comes to myths.

As far as we know about the next season’s information, in July 2019, Amazon had renewed the neo-noir series to have another season. In fact, November of 2019 when the production team commenced and started the team planning to substantially film on locations other than using the studios in Czech Republic.

For some reason, the shooting had been stopped in March 2020 due to the pandemic that has been affecting the whole world. Other than the Covid-19 issue, Travis Beacham had left the show in October 2019 for the reason that he and other directors have different views in being creative.

Everything was wrapped up in late August of 2020 in Czech Republic. Although production making has already been completed, the network is still putting a halt so that they can decide for a specific premiere date. If things go accordingly and Covid-19 would thoroughly be gone, Carnival Row season 2 will most likely premiere sometime later in 2021.

Who will be in Carnival Row Season 2?

Having the original cast of Carnival Row, the cast will still be led by Orlando Bloom, who portrayed the role of Rycroft Philostrate, an inspector of the Burgue Constabulary.

Currently, Philo has been investigating a dark secret around the series. Cara Delevingne, who acted as Vignette Stonemoss, a fairy and Philo’s former lover. She was considered dead after a war but surprisingly turns out to be alive. Orlando and Cara will definitely be reprising their roles as Philo and Vignette in the upcoming season.

Simon McBurney, who portrayed Runyon Millworthy, who is a human street performer but is a master in terms of mythological artform. We also have David Gyasi who acts as Agreus Astrayon, a very wealthy faun (is a mythological half human–half goat creature appearing in Roman mythology) whose sole existence is being hated and disapproved of by the Burgue high society.

Tamzin Merchant plays Imogen Surnrose who is an heiress who’s involvement with Agreus is the reason for her survival. These actors are expected to take on a lot of screen time as their characters are critical to the plot of the story of season 2.

Other cast members may or may not include Karla Crome (Tourmaline Larou), Jared Harrs (Absalom Breakspear), Arty Froushan (Jonah Breakspear), Indira Varma (Piety Breakspear), Caroline Ford (Sophie Longerbane), and a lot more. In fact, most of the cast members will be returning for the second season of Carnival Row. There are rumors that there might be new actors who might also join the cast since the story is extremely wide so there is a lot of room for new characters.

According to the last episode of the last season, Jonah and Sophie had formed an alliance. Vignette and Philo had collaborated to try and fight the power while forging a new life on Carnival Row, which essentially contains all of the magical creatures.

The second season will most likely revolve around Fae standing up against Jonah and Sophie. The season will probably be a mixture of emotions bordering rush, chaos, and even love.

It will also show us what happened with Agreus and Imogen after they have left The Burgue. And what’s more, we will be expecting a new pixie race from another part of the Carnival Row world, and it might be amazing to see it firsthand. 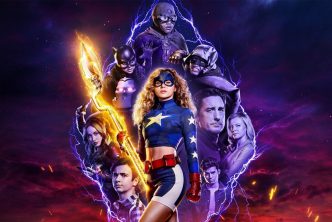 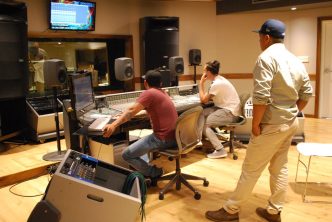